The Wizard of Oz – HUB Learning

THE WIZARD OF OZ

Alberta Theatre Projects acknowledges that we gather and create on the traditional territories of the Blackfoot and the people of the Treaty 7 region in Southern Alberta, which includes the Siksika, the Piikuni, the Kainai, the Tsuut’ina and the Stoney Nakoda First Nations, including Chiniki, Bearspaw, and Wesley First Nation. The City of Calgary is also home to Métis Nation of Alberta, Region III. 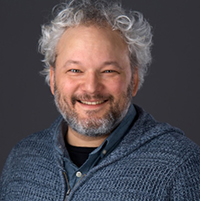 Kevin was last seen at Alberta Theatre Projects in ZORRO: Family Code. Other past productions include: The Hollow, Dial M for Murder, The Heat of the Night, The Ends of the Earth and Dr. Jekyll and Mr. Hyde, Deathtrap and Strangers on a Train with Vertigo Theatre, The Louder We Get, Billy Elliot: The Musical, The Crucible, One Man Two Guvnors, Much Ado About Nothing, 25TH Annual Putnam County Spelling Bee (Theatre Calgary); GLORY, Charlotte’s Web, The Wizard of Oz (2011), Seussical the Musical, Tyland (Alberta Theatre Projects); A Few Good Men, Hamlet, Julius Caesar, Christmas Carol (Citadel Theatre); Old Nick, A Midsummer Night’s Dream (Caravan Farm Theatre); Twisted (FORTE Musical Theatre Guild). Kevin is the recipient several Betty Mitchell awards here in Calgary as well as an award nominee in Edmonton, Vancouver and Edinburgh Scotland. 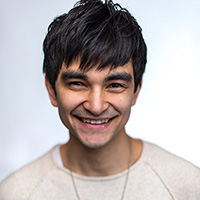 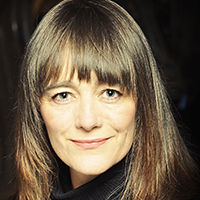 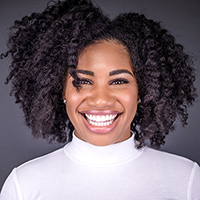 Tara was born and raised in Calgary, Alberta and is of Jamaican/Haitian heritage. She began singing at the age of 3 and has had a passion for it ever since. As a child, Tara was immersed into music through singing and piano lessons and studied dance as well as various sports. With such strong taking to music and after competing in local events and attending and graduating from Berklee College Of Music with honours, she knew she was meant to pursue a career in creating music and storytelling. Select credits include: The Color Purple (Neptune, Citadel/RMTC), Hadestown (Citadel), Jesus Christ Superstar, Anne of Green Gables (Charlottetown Festival), Brave Girl (Lunchbox). “So grateful to be storytelling and making art in any capacity in these challenging times. I hope you at home can feel the love and enjoy the virtual show!” @taraatee www.musicaltokens.com 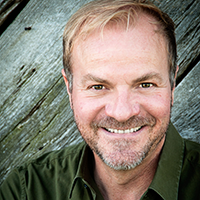 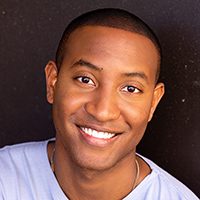 Kiana is a Taiwanese-Canadian actor born and raised in Mohkinstsis on Treaty 7 Territory. Most recent performing credits include The Essentials (Field Work Theatre), Romeo & Juliet (Theatre Calgary, Shakespeare by the Bow), Lighting The Way (Downstage Theatre), A Dinner Party (Bad Knaps Theatre Collective) and more. She is a graduate of the Stella Adler Studio in New York, where she produced her first short play, Half Empty; Half Full at two different theatre festivals. Her playwright/producer pursuits continue with her new one act play, The Strid, premiering in spring of 2021 with Downstage Theatre at the inaugural Shake Up Festival. Kiana currently works for Inside Out Theatre, sits as a Board Member for Swallow-A-Bicycle theatre, is a member of the Calgary chapter for The 3.7 Initiative, and is a co-contributor for The 35//50 Initiative. She is grateful to be stepping onto the Martha Cohen stage for the first time, and her sincerest hope is that in a time where we cannot gather, that all audience members may imagine their own Oz; where we are reminded of our homes and roots, where we can dream of better worlds, and where good people find each other. More at kianawu.com. 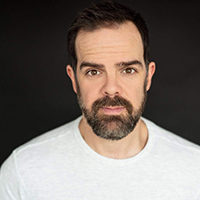 Andrew has worked in Canadian theatre for 20 years. His first work as a playwright, Come Fly With Me, was seen at theatres across the country, including a production at Calgary’s Lunchbox Theatre. He appeared onstage in the Original Canadian Company of Kinky Boots at Toronto’s Royal Alexandra Theatre, and later joined the Tony-winning show’s First National Tour, crisscrossing America and Japan. His work closer to home includes credits at Luminato, Neptune Theatre, The Globe, The Grand, Aquarius, Musical Stage, Stage West and Drayton. He has also participated variously in the development and recording of new work by Britta and Anika Johnson, Sara Farb, Erin Shields, Bryce Kulak, Joey Miller and Norm Foster.

Haysam is an Actor, Director, and Theatre Instructor. As the Artistic Producer of The Shakespeare Company and Program Director for Shakespeare by the Bow in Calgary, Haysam has made it a priority to establish a solid foundation for classical work in Alberta by entertaining audiences through producing and performing of classics, developing and cultivating the talents of emerging artists, and finally, focusing on student education via performances, workshops, and classes. 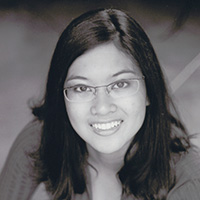