WAITING FOR THE PARADE

Five very different women wait out the war in this charming, funny, and touching drama that is one of our country’s best-loved plays. In the company town of Fortune Falls, the sweet smell of chocolate fills the hearts of all who work at the Mercey Chocolate Factory. But when the factory suddenly closes, the company’s last employee, a young security guard, is left to uncover the secrets that it shut down. Cindy’s just a normal teenager who just wants to do her work, get along with her family and play her guitar. Then one day she meets a handsome time traveler named Eddie Prince who invites her to compete in the Stampede talent show. One problem: her crazy stepmom won’t let her. Can Cindy win the competition’s top prize and Eddie’s heart too? 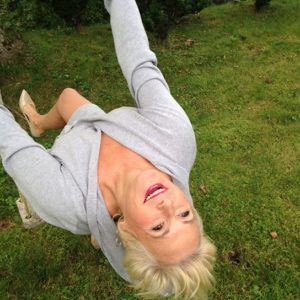 A hilarious evening with comedian, Canadian icon, and one of the funniest women in television, *Cathy Jones (This Hour Has 22 Minutes, CODCO). Gracie’s world is full of faith and family, but as a fifteen year-old girl born into a polygamous community, she feels increasing pressure to conform. Will she dare to take the leap and step into the outside world? 1979 is a hilarious battle of wits based on true events.Our hero is Prime Minister Joe Clark: young, idealistic, and stubborn. His opponents: Brian Mulroney, Pierre Trudeau, Stephen Harper… pretty much everyone.